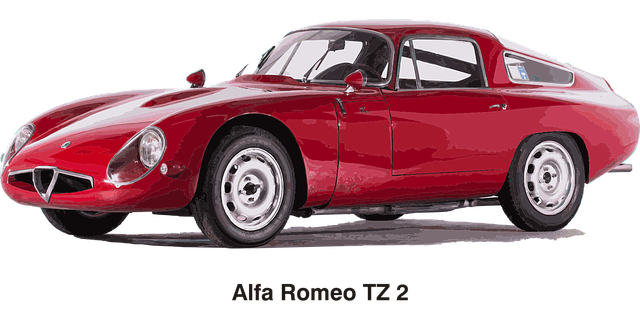 It is called the price sticker because of the predominant price figure displayed by the sticker.

This tool has been instrumental in the increase in sales of automobiles in dealers’ showrooms across North America.

The window sticker is expected to be displayed visibly on any new light-duty (passenger) vehicle sold in the US, Alfa Romeos’ are not left out in this regard.

Initially, the intent was basically to provide information on technical specifications or equipment and price, but with the passing of time, the window sticker began to include other important information such as safety rating, emission, and fuel economy.

The electric vehicle industry is currently undergoing massive growth, you may wonder what data is used in place of emission and fuel economy in the Alfa Romeo window sticker EV models. This will be discussed subsequently.

Well, as of the time of writing this article Auto-express reports that Alfa Romeo is finalizing its plan to become a fully electric car company by 2027.

Instant VIN Report’s  Alfa Romeo VIN lookup tool has been an exception in the industry as it has continued to provide a means of reproducing window stickers for Alfa Romeo and other manufacturers. 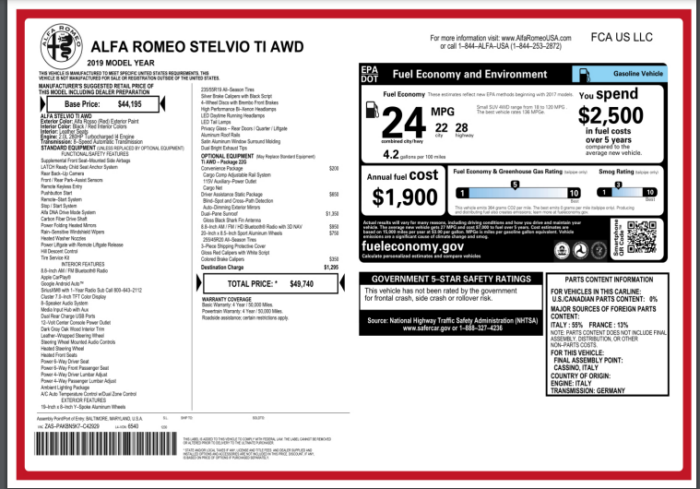 The vision and mission of Alfa Romeo were born in 1910, when Ugo Stella acquired the shares of Societa Italiana Automobili Darraq, after the acquisition, he renamed the plant ALFA which stands for, “Anonima Lombarda Fabbrica Automobili.

Hard times came during the first world war, Alfa was lacking  funds needed for sustainability, then came an engineer from Naples, name Romeo purchased Alfa, then a new badge was given to the company which read, ‘Alfa-Romeo Milano”. By 1923 Alfa Romeo would go ahead to be used as a race car, the success of Ugo Sivocci on tracks brought a new era for Alfa Romeo’s on-track success.

In recent years the company has produced great cars, such as the 4C Coupe and Spider, the Giulia Quadrifolio, Giulia and Giulia Ti, etc. 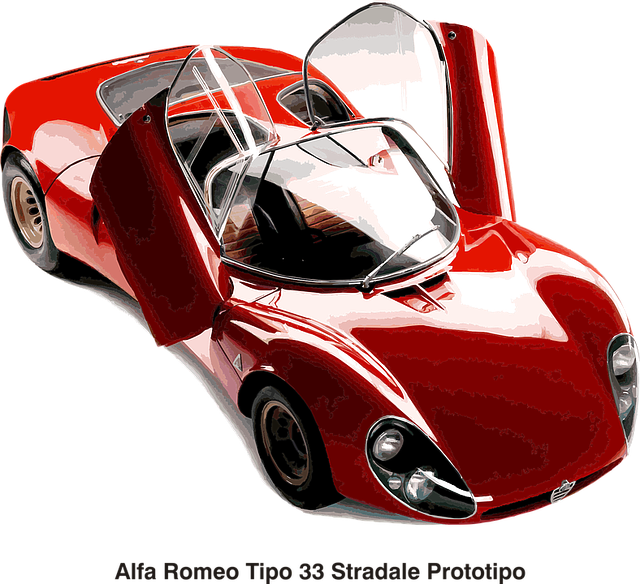 Why was the window sticker introduced?

In the early days of the automobile industry, the manufacturers had both the “ Knife and the bread”, hence they can “cut out price” in any measure they as they deem fit with no one to question them as to why a particular car was valued at a particular rate.

This period was a perilous time for dealers as the manufacturer’s price was cutting deep into their profit.

By the 1930s auto dealers marched their armies into a legal battle with manufacturers, they battled but they did not prevail.

The dealers backed off to lick their wounds, regroup, and strategize, during the 1950s their strength was new again, and through their association the National Dealers Association (NADA) they appealed to congress, coincidentally, a woman related to a lawmaker who was popularly known as Mike felt she has been defrauded after buying a car, fueled with zeal to help others avoid being defrauded, the senator popularly known as Mike from Oklahoma will rise to a head a senate subcommittee of the Committee on Interstate and Foreign Commerce.

Senator Almer Stillwell Monroney (Mike) will in February 1955 set out to investigate the auto industry, the stage is now set for a historic bill to be passed into law.

Ultimately, this investigation led to a non-hostile takeover of the auto industry by the dealerships, the dealers were on the high side racking up profits.

Then again, some unscrupulous elements among the dealers will go ahead to inflate prices, (What Mike called “price packing”) while pretending to give buyers a discount and high trade-in values and thus smearing the reputation of honest dealerships.

Assisted by David Busby, Mike and his committee will go ahead to propose a solution demanding dealers to display a large sticker on every new vehicle clearly showing the Manufacturer’s Suggested Retail Price (MSRP), this will thus bring stealerships, oh! I mean dealerships that falsify MSRPs to their knees.

In 1958 the bill known as The Automobile Information Disclosure Act was endorsed by the NADA and it became a federal law, stipulating punishments and fines for stealerships oh! Again  I mean dealerships that dare not to display the window sticker, or for some reason alter the MSRP.

Due to his sponsorship and public support for the bill, the newly birthed window sticker will go ahead to bear his name: and that’s how we now have the Monroney sticker.

Mike was is also known as Mr. Sticker, and Mr. Aviation, yes he was legendary. Let’s pause here this article isn’t about Monroney, but about the Alfa Romeo window sticker.

It’s worth noting that the window sticker has evolved over the years, from the year 1979 it became mandatory to include the fuel economy rating on the sticker.

As the years rolled by it became important to include data and information provided by the National Highway Traffic Safety Administration’s (NHTSA) New Car Assessment Program (NCAP) crash and safety test.

Nowadays, as much as a dealer does not alter the original information contained in the window sticker, they can customize it and use it to enhance their brand’s visibility, and so on, the window sticker might serve an even more useful purpose in the future.

What is included in the Alfa Romeo window sticker?

Here are some of the major features of the Alfa Romeo window sticker:

This section of the Alfa Romeo window sticker provides basic information regarding the make, model, year, exterior, and interior of the vehicle. This is usually the first section and may have the Vehicle Identification Number (VIN) printed as well, generating an Alfa Romeo window sticker by VIN usually results in the addition of the VIN as part of the vehicle description section.

This section includes standard equipment as installed by the manufacturer, including interior and exterior installations of both mechanical and safety features.

Display the MSRP of the vehicle, which is the cost of the vehicle exclusive of any additional packages, this one of the most essential features of the window sticker, this in fact makes it to be also known as a “price sticker”.

It is usually written in bold letters and it is attention-grabbing.

This section lists the vehicle’s packages and options are listed with the price inclusive.

Usually found at the bottom section, the total price of the vehicle, the sum of the vehicle’s MSRP, options and packages added, and destination charge is displayed here.

Display Government ratings for vehicle safety out of 5 stars are given based on crash tests and rollover tests.

Benefits of the window sticker

The following are generic benefits applicable to both  Alfa Romeo window stickers usage and every other automobile manufacturer’s window sticker.

Dealerships utilizing the window sticker in their showrooms provide their buyers an avenue to reach a prompt decision.

Window stickers enable buyers to compare and contrast the various features available in two or more vehicles and check the one that best suits their budget.

This is also advantageous to the dealer because it helps them sell faster.

In 1958, The Automobile Disclosure Act became effective, this act made it mandatory for all involved in the sales of automobiles, dealerships, and manufacturers to include or affix a window sticker on all of the vehicles in their showroom.

There is punishment not just for removal but also for alteration of the sticker, hence using window stickers makes a business comply with state laws and regulations.

This type of price is known as the Manufacturer’s Suggested Retail Price (MSRP), other pricing information may include shipping fee, etc.

This information is quite vital to every buyer because pricing is usually a must-ask question about any product or service.

The pricing information helps buyers to identify cars that suit their needs and budget, which in turn increases sales for the dealership.

Warranty is one of the pieces of information that a buyer looks to when deciding whether or not a product is genuine or not.

Once again this is proving the window sticker to be an invaluable document to the car buyer.

Monroney stickers are advantageous to the car buyer, the car seller, and even the owner of a vehicle. Here is how.

Benefits of the window sticker to the dealer:

Benefits of the window sticker to the buyer

Buyers purchasing used vehicles can still generate Alfa Romeo window stickers by VIN using our services, this is advantageous because

Benefits of the window sticker to the car owner

If perhaps you bought a used vehicle, and the window sticker isn’t among the paperwork of the car, you can conduct an Alfa Romeo window sticker lookup with Instant VIN Report.

How to conduct an Alfa Romeo window sticker lookup

To lookup any Alfa Romeo model window sticker, simply finds the 17-digit VIN on the driver’s door jamb, wind-shield or from the paperwork of the vehicle, visit and use the Instant VIN Report VIN lookup tool:

Conclusively, there is an increase in the sales of used vehicles, and prediction shows that this trend will continue for a longer period of time as most persons prefer to go for a fairly used vehicle than to purchase a brand new vehicle,  whether you are buying or selling a vehicle the window sticker is advantageous to all and sundry, you can easily look up the Alfa Romeo window sticker by VIN or lookup any other manufacturer you desire.

The Instant VIN Report window sticker tool comes in handy for individuals who are looking to shop for a vehicle online, they can easily acquire the VIN of these vehicles and conduct a window sticker lookup, to confirm that their prospective vehicle has the right emission and safety rating, has the right price and other desired features. 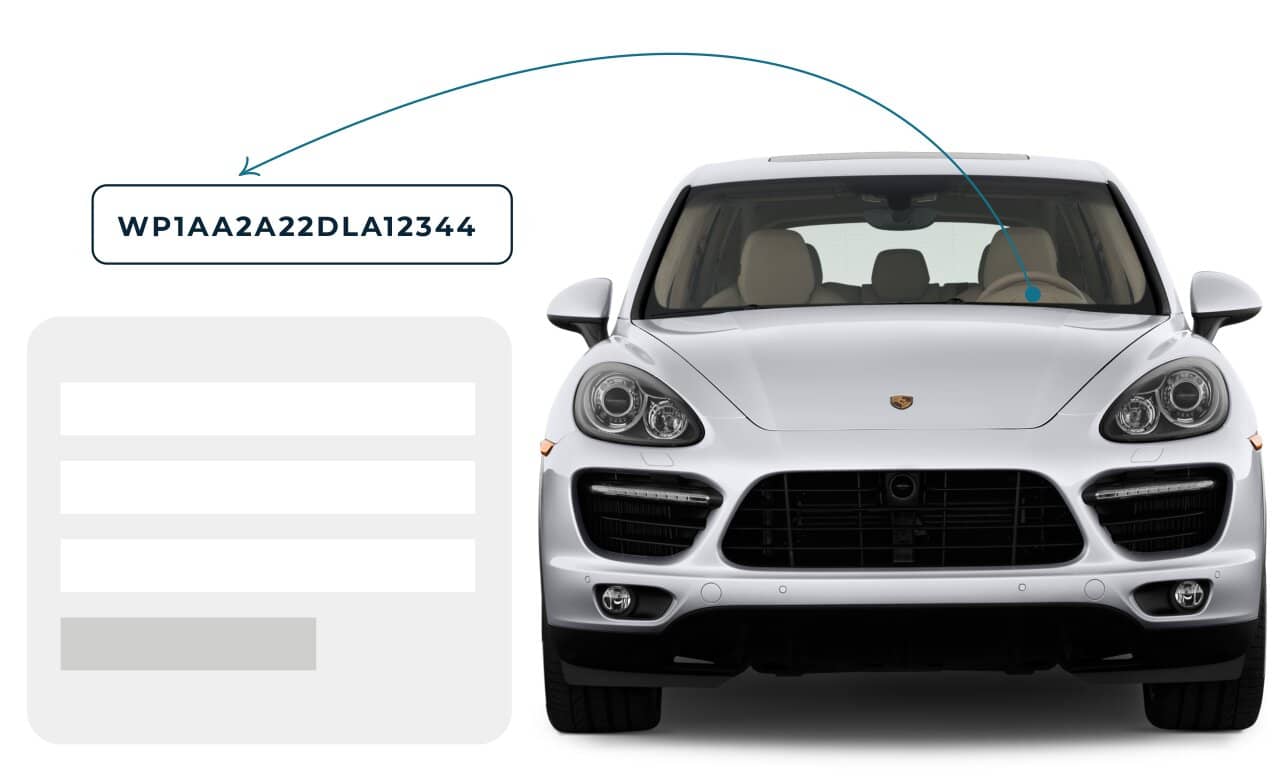